Diary of a Madman by Nikolai Gogol

Home / What's On / Past / Diary of a Madman by Nikolai Gogol 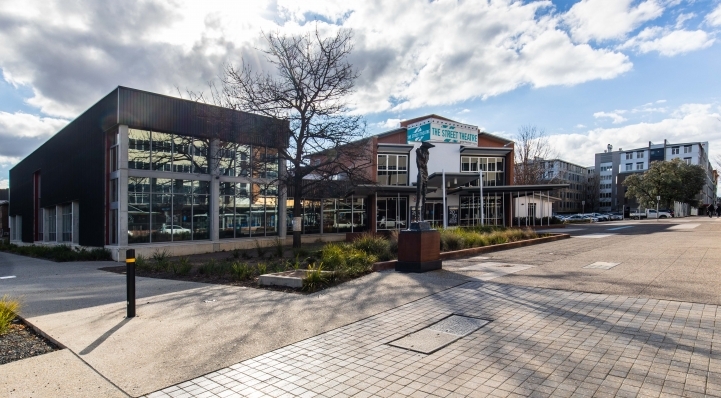 Poprishchin: low-ranking public servant, struggling to make his mark in the bureaucratic world, yearning to be noticed by Sophia, the beautiful daughter of a senior administrator.
Battling snobbery, complacency, and the stupidity of officialdom, chronicling his daily life from the unsavoury habits of his superiors to a suspicion that dogs can talk.
One day he makes an amazing discovery -The King of Spain has died without an heir- suddenly, destiny and greatness call.

Gogol’s Diary of a Madman is a funny and brutal exploration of one man’s struggle to keep a grip on reality. Madness might mean a failure to find your proper place in the world, or the compulsion to occupy a place to which you’re not entitled. Diary of a Madman exposes one man’s longing to find such a place for himself, a place where he is visible, where he matters, and above all, belongs.

This dark comedy takes us into a fantastical world filled with laughter and rage, the tragic and rapturous. Set in St Petersburg in the time of the Tsar, this work sits at the intersection of social satire and psychological portrait, as relevant today as when first written.

One man's quest for individuality in a seemingly indifferent, urban city.

THE STREET PRESENTS
DIARY OF A MADMAN
BY NIKOLAI GOGOL, ADAPTED FOR THE STAGE BY DAVID HOLMAN

STREET TWO | UNRESERVED SEATING | 150 MINUTES, INCLUDING INTERVAL | LATECOMERS WILL NOT BE ADMITTED

Peace and joy this Christmas Day from our family to yours. Thank you all for your generosity and support through this year. Happy holidays from all at your Street. #cbr #cbrarts @artsACT1 #theatre pic.twitter.com/BhTvwan2sC