One of Australia’s most prominent jazz saxophonists, Jamie Oehlers and hot young jazz talent, pianist Tal Cohen, join forces to create inspirational music. The two have been performing together for nearly 10 years, teaming up with artists like Ari Hoenig and Robert Hurst and performing together in various ensembles. This duo setting allows for an exploration of melody and space, tone and dynamics. This concert is a release of their new CD, “Innocent Dreamer”, recorded at the ABC, featuring original compositions alongside well known jazz standards.

About Jamie Oehlers: In 2003 Jamie was the winner of the World Saxophone Competition at the Montreux Jazz Festival and has won numerous awards in Australia, including “Bell” Awards for Best Australian Jazz Artist and Best Album, an ABC Limelight Award for Best Jazz Release, a James Morrison Scholarship, an Australian Young Achiever of the Year Award, and has twice been a finalist in the ARIA’s for Best Jazz Album. His career has seen him lead groups throughout the UK, US, Europe and Asia, promoting the 12 CD’s he has produced as leader.

About Tal Cohen: Based in the US, Tal's unique piano style owes its roots to the Jewish folk songs and classical music he played in his formative years growing up in Gedera, Israel. He graduated from WAAPA in 2008 and immediately began accumulating awards and prestigious performance opportunities. He was the 2015 winner of the Freedman Fellowship Award and in 2014 won the Barry Harris Piano Competition in the US. He has become a regular performer with iconic jazz figures such as Terence Blanchard, Greg Osby and Robert Hurst and tours the world performing his unique brand of improvised music.

Click here to listen to 'Armistice' from Innocent Dreamer 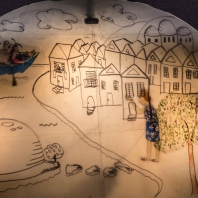 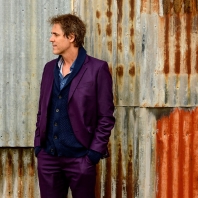 Last chance to apply for The Street’s new Early Phase program – Applications close tomorrow!
If you have a sense of what Canberrans are feeling and have something to say, apply for one of our $5000 program places.
Apply via our website by 4PM TOMORROW.https://t.co/TThlVOjieB pic.twitter.com/7dhjhhFdFe

SECOND SHOW ANNOUNCED! @timfreedman's first show sold like proverbial hotcakes so The Whitlams' front man is performing again at 9:15 on the same night.
If you missed out the first time - don't let it happen again! BOOK NOW. https://t.co/wr4JO8Gjwe #canberralivemusic pic.twitter.com/bk030n9fsz